Hey everyone, don’t forget that tonight is the last month of the Heroclix event No Man’s Land. The Junior League will start at 6:30 sharp, with the Seniors starting at about 7. But before you come down to decide Gotham’s fate, why don’t we look at the standings so far? 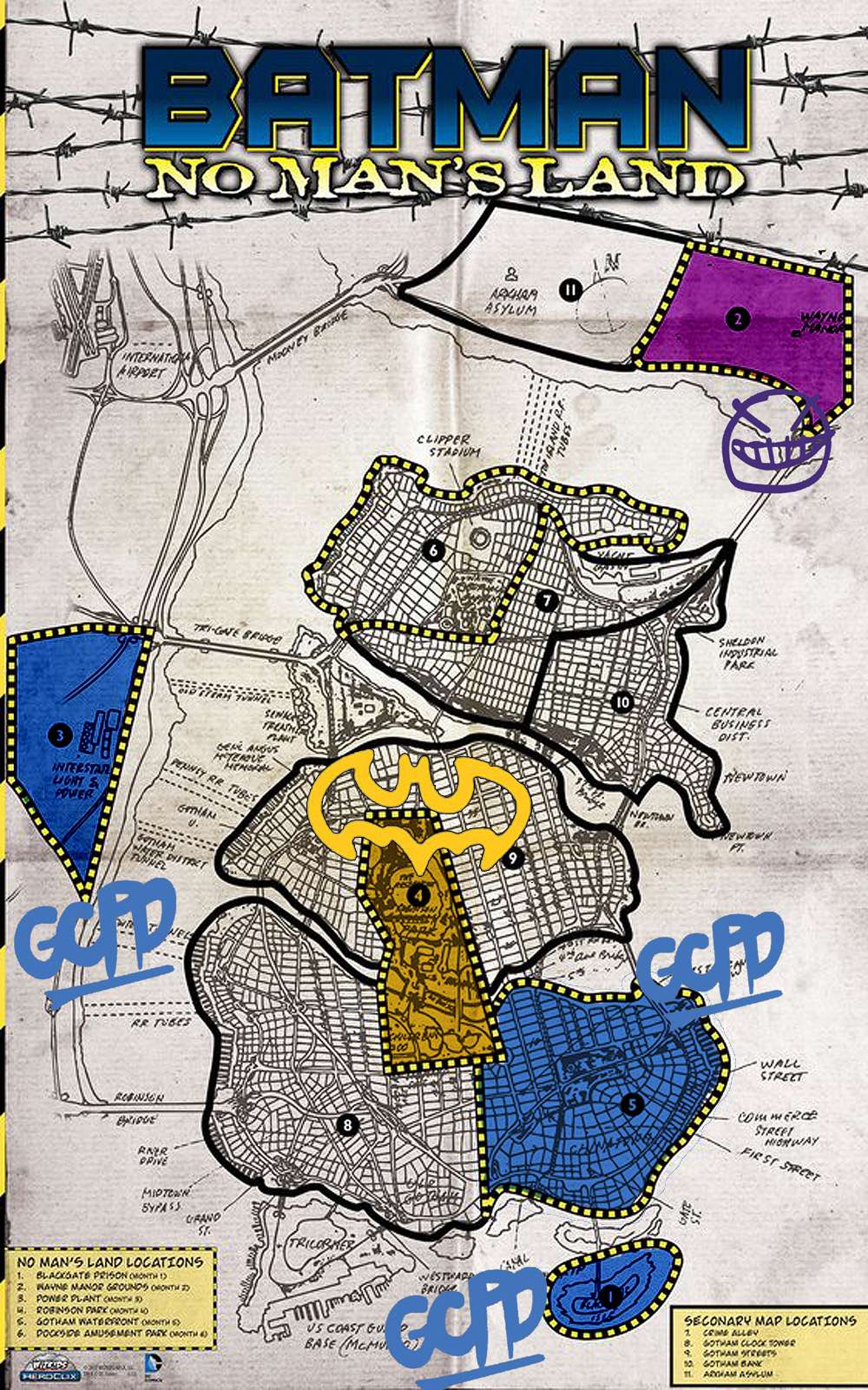 Month 4 and 5 were interesting in the Junior league. Month 4 saw the Bat finally take a territory for his own, further tipping control of Gotham in favor of the good guys. But it was Month 5 that finally gave control of most of the city to the Gotham City Police Department. Month 6 will be interesting, but no matter the outcome, it appears that the Juniors’ version of Gotham will be controlled by its better angels.

The seniors, on the other hand… 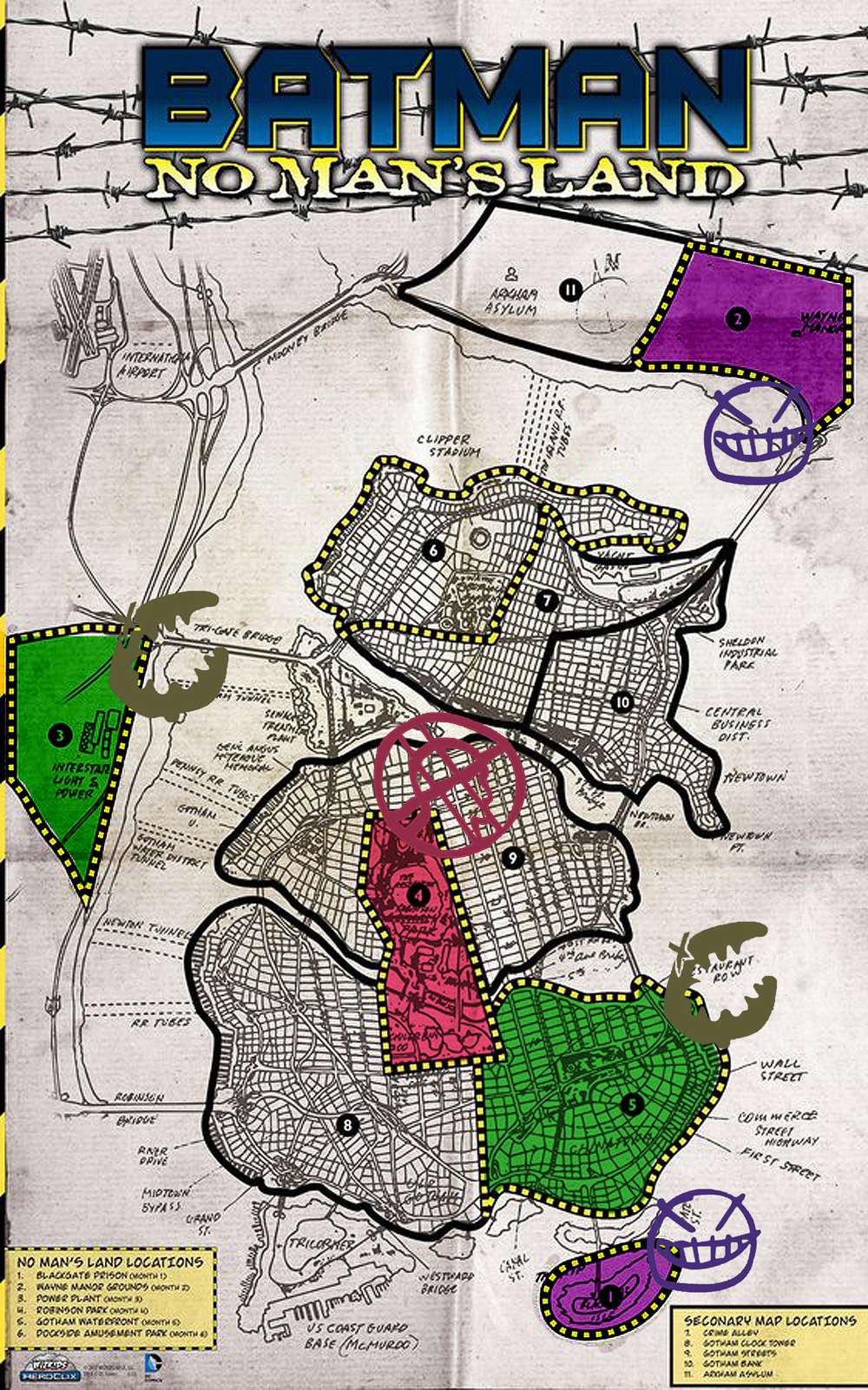 It’s all bad in the seniors. Month 4 saw Two Face make his claim in Gotham, taking Robinson park for his diabolic dastardly deeds of duality. Not to be undone, Killer Croc and his gang took the waterfront (which is fitting, really). This also means that month 6 is anyone’s game. Will Two Face take the Amusement Park, splitting control of Gotham evenly among some of its greatest villains? Will Croc or Joker cement their grip on Gotham? Or will the police or Batman finally take a territory in the senior league?

There’s only one way to find out. Come down to Two Kings Comics tonight at 6:30!