On this day in Comic History: Simon Pegg was born in 1970.

Simon Pegg is best known as an actor and proud geek. And as such, he has many connections to the world of comics. He played Tintin (one of the best selling comic series in the world) in the CGI film, he co-starred in Spaced as a comic shop employee and burgeoning comic artist, he co-starred in Paul which used the San Diego Comic Con as a major plot point.

And without Simon Pegg, we might never have gotten Wee Hughie from The Boys. 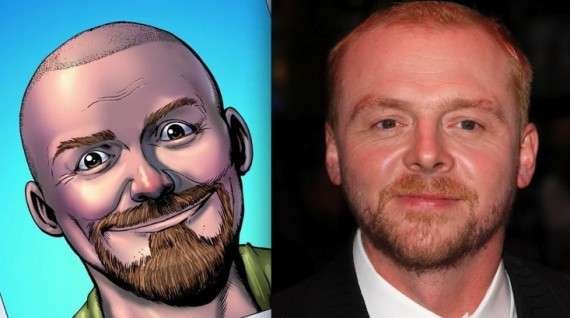